Bullying at work: another form of workplace violence

Holm v Agat Laboratories Ltd., 2018 ABQB 415, the Plaintiff was awarded $20,000.00 aggravated damages for mental distress in connection with the unproven allegations that others constantly complained about and for their eventual demotion.

Alberta Computers.com Inc. v Thibert, 2019 ABQB 964, the Plaintiff, Thibert, was awarded $10,000.00 in aggravated damages for comments his superior said in a meeting regarding Thibert’s sales ability, which were made in front of Thibert’s wife and another employee and led to Thibert’s constructive dismissal.

Decision No.: 2008-654, 2008 CanLII 85954 (AB WCAC), the WCB granted the worker’s claim for stress due to psychological harassment. The worker was harassed and intimated by colleagues.

In the matter of arbitration between Children’s Hospital of Eastern Ontario and Ontario Public Service Employee’s Union, 2015 CanLII 58045

Boucher v. Wal-Mart Canada Corp., 2014 ONCA 419, the Plaintiff was awarded $100,000.00 in damages due to her superior’s consistent verbal abuse, which drove the Plaintiff to quit her job. However, this is an Ontario decision and psychological damages are not available under WCB legislation in Ontario.

In September of 2021, the Ontario Divisional Court affirmed an employee’s right to sue for wrongful and/or constructive dismissal in the civil courts in cases of chronic mental stress arising from workplace harassment. While the specific case reasoned that the complainant’s injury was a direct result of the workplace and therefore was eligible for WSIB compensation, the judge acknowledged that it would be appropriate for employers to seek damages in civil court for the results of constructive dismissal due to mental stress – something which is not covered in WSIB policy. It is important that employers understand the potential implications of their actions and inactions and for workers to understand the full breadth of remedies that are available to them. If you need help navigating the complex work of workplace bullying & harassment, we invite you to reach out to us for guidance. 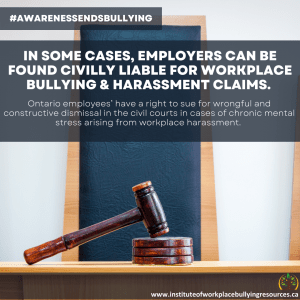 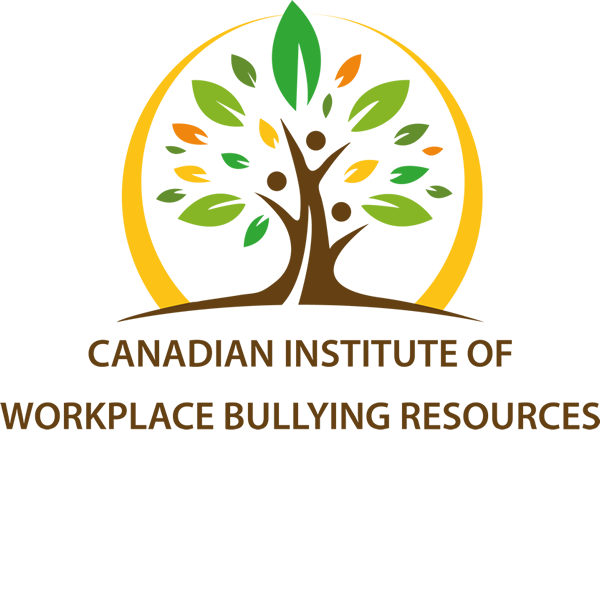