“Workplace bullying is a repeated pattern of behaviour intended to intimidate, offend, degrade or humiliate a  particular person or group—the bully’s target. Although it can include physical abuse or the threat of abuse, bullying usually causes psychological rather than physical harm.

Because workplace bullying is often psychological, it can be hard to recognize. The most harmful forms of bullying are usually subtle rather than direct and verbal rather than physical.”

From: Bullies at Work: What to Know, What You Can Do

“Bullying is usually seen as acts or verbal comments that could ‘mentally’ hurt or isolate a person in the workplace. Sometimes, bullying can involve negative physical contact as well. Bullying usually involves repeated incidents or a pattern of behaviour that is intended to intimidate, offend, degrade or humiliate a particular person or group of people. It has also been described as the assertion of power through aggression.”

“Bullying is usually seen as acts or verbal comments that could “mentally” hurt or isolate a person in the workplace. Sometimes, bullying can also involve negative physical contact e.g., pushing, throwing objects”. (OSACH 2009)

“There is growing evidence that exposure to bullying in the workplace has serious detrimental outcomes, not only for the victim, but also for the organization, workplace colleagues and family members of the victims”. (OSACH 2009)

Bullying may also be known as:

“At around 10% of over 4000 cases, social workers and social services employees are the third largest group of callers to the UK National Workplace Bullying Advice Line after teachers (20%) and healthcare employees (12%) and before workers from the voluntary sector (6-8%). In each case, the bully is a serial bully with a history of bullying and  harassment. At least 50% of bullies in the caring professions are female, demonstrating that bullying is not a gender issue.”

From: Bullying Within Social Work 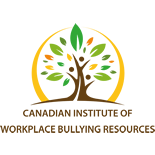